[SPECIAL: Opposition MPP's 65 seats confirmed as both PM and Speaker lose theirs] 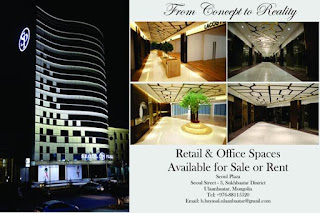 Mogi: MPP won all aimag elections as well, except for Zavkhan, which went for DP. Mayor Bat-Uul won his city council district, the only incumbent DP leader to survive. Mayor of UB is set to become Ts. Sandui, who lead MPP in city elections. Hard to tell who’s going to become PM. MPP chairman Enkhbold Miyegombo might opt for speaker as they promised a ‘professional’ cabinet. Voter turnout was 72.1%, 2012 was 67%. There are a few court cases that might affect one or two seats.

June 30 (Bloomberg) The Mongolian People’s Party is returning to power after a four year-hiatus with a landslide victory in elections that focused voters’ attention on slowing economic growth and a doubling of external debt under the ruling party.

The MPP, which ruled uncontested for decades during Mongolia’s communist era, won 65 of the 76 seats in the Great Hural, Choinzon Sodnomtseren, head of the General Election Commission of Mongolia, said Thursday, citing preliminary results. Enkhbold Zandaakhuu, leader of the ruling Democratic Party, had earlier conceded defeat after winning just nine seats, down from 38 previously. Turnout was just more than 72 percent.

“The Mongolian people have made their choice. We respect this decision,” said Enkhbold, who failed to win his own constituency. “The last four years have been difficult. I congratulate the MPP and the ten or so DP winners. I’ll take responsibility for this loss.”

The election was largely billed as referendum on the $12 billion economy, after growth tumbled from more than 17 percent in 2011 to just 2.3 percent last year. While much of that decline can be attributed to a slowdown in China and weak prices for Mongolia’s major exports of coal and copper, voters also blame the government for missteps and rising debt. The MPP had also called on voters to reject the DP’s spending plan, which doubled external debt in four years.

With elections now behind him, MPP Chairman Enkhbold Miyegombo is expected to seek spending curbs as the country tries to tackle around $1 billion in debt due next year and early 2018. While a delay in the construction of the giant Oyu Tolgoi copper-and-gold mine has been a factor in the slowing growth, Mongolia has still managed to access credit markets.

Prime Minister Saikhanbileg Chimed was among prominent DP incumbents who failed to hold onto their seats. Two other seats were won by singer Samand Javkhlan, who ran as an independent, and a candidate from the Mongolian People’s Revolutionary Party.

The MPP ran Mongolia for 69 years until 1990, when it was also known as the Mongolian People’s Revolutionary Party. Wednesday’s election was the largest win by a party since the MPP won 72 seats in the 2000 election.